Max Bronstein, who works on the Institutional Coverage team at Coinbase, believes “fireworks” are coming to the global currency market. What’s more, a spike in volatility of currencies might largely benefit the price of Bitcoin (BTC).

Even before the pandemic hit the international economy, Bronstein noted that the global monetary system was fragile. Many countries are at risk of seeing their currencies decline in value due to various reasons.

The analyst said that currencies are vulnerable due to the low dollar reserves and high dollar-denominated debts of many nations.

Why would it benefit Bitcoin?

Currencies with a history of hyperinflation are at risk of observing a similar trend in the near-term. Bronstein pinpointed the Argentine Peso, the Turkish Lira, and the Brazilian Real as examples of currencies with low dollar reserves.

The Argentine Peso, for instance, recorded an inflation rate of 42.1% in May 2020, according to data from Trading Economics. Bitcoin price could benefit as the fear of hyperinflation, massive currency volatility and devaluation hits, says the analyst. 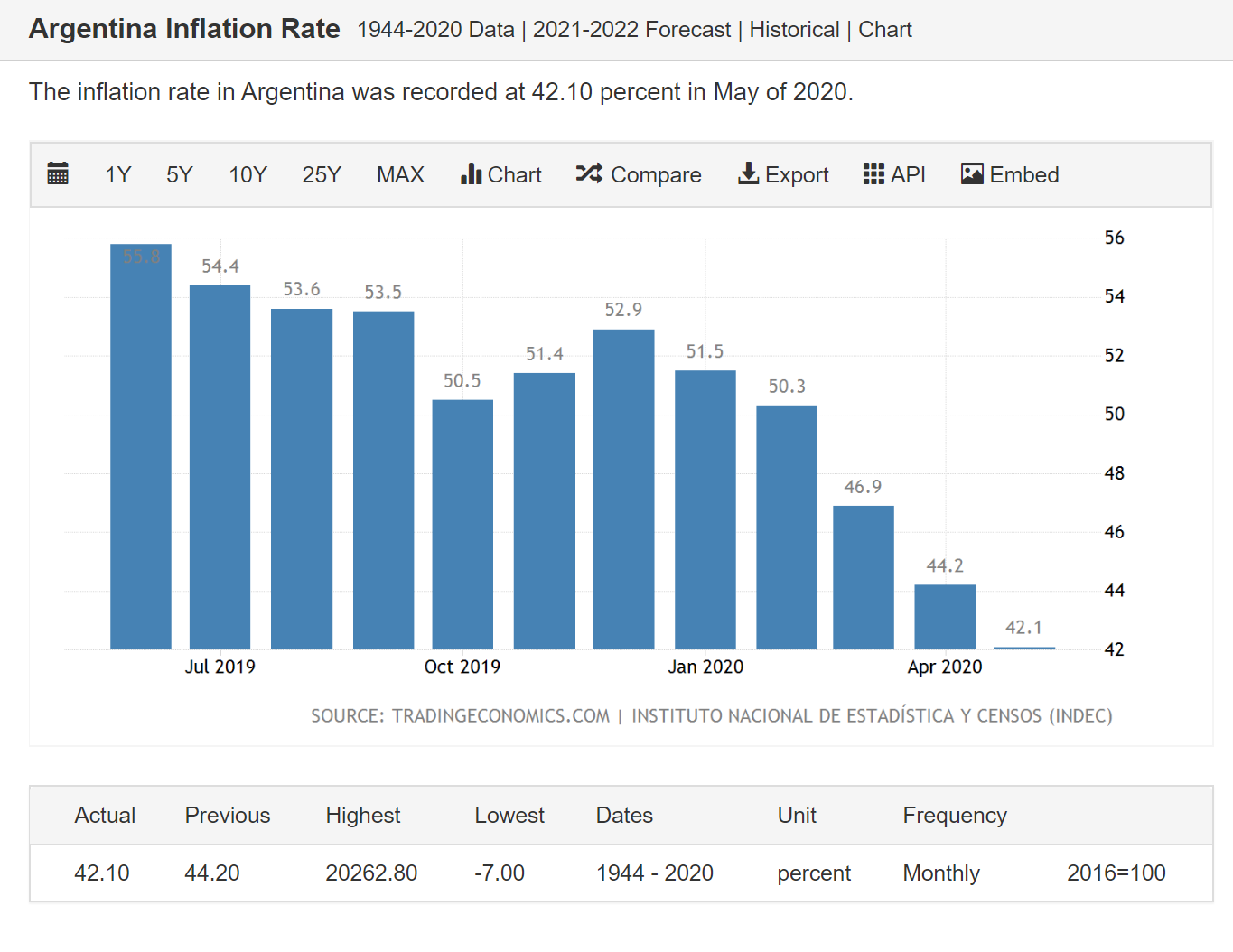 The inflation rate of the Argentine Peso. Source: Trading Economics

“In all of these cases, currency vol and weakness will primarily stem from a government’s need to devalue their currency. Bitcoin sits in stark contrast as it can’t be debased by a central party. In a regime where nearly every government has an incentive to debase their currency, few monetary systems stand to benefit as much as Bitcoin does. Never before has an open-source competitor to fiat currency been so needed.”

Not a short-term effect

The historic low volatility of the global currency market does not indicate that a massive movement will occur in the immediate-term. It also does not suggest that it will cause a near-term spike in demand for Bitcoin.

In the long-term, however, concerns around devaluation and hyperinflation could spur a steady demand for Bitcoin. The positive effect on BTC might snowball if the perception of the top cryptocurrency as a store-of-value improves, particularly following the V-shape recovery of Bitcoin since its plunge to sub-$3,600 in March, which has shown its survivability.

In the long-term, as the on-ramp infrastructure supporting Bitcoin and cryptocurrencies improves, there exists a strong possibility that BTC is used as a currency, possibly alongside existing currencies.

Bitcoin (BTC) reacted to fresh strength in the U.S. dollar on Sep. 21 to follow stocks downward and move away...

Bitcoin went into the weekend on a strong note, taking out $11,000 and holding above it. But after the cryptocurrency...

Before the recent halving, many were prophesying a so-called “death spiral” for Bitcoin. This theory hinges on the idea that...

Bitcoin price is down $800 in just over 24 hours, and elsewhere in the finance space, there is pure carnage....

The market has taken a bearish turn and Bitcoin and altcoins will need strong relief rallies in order to restore...

Despite 10% Bounce From Lows, Bitcoin Has One Key Level to Cross